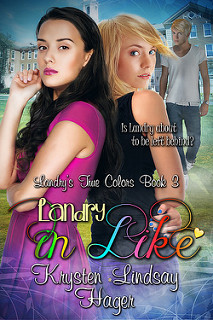 Blurb:
Things seem to be going well in Landry Albright’s world—she’s getting invited to be on local talk shows to talk about her modeling career, her best friends have her back, and her boyfriend Vladi has becoming someone she can truly count on…and then everything changes.

Suddenly it seems like most of the girls in school are into hanging out at a new teen dance club, while Landry just wants to spend her weekends playing video games and baking cupcakes at sleepovers. Then, Yasmin McCarty, the most popular girl in school, starts to come between Landry’s friendship with Ashanti. Things take a turn when Yasmin tells Vladi that Landry is interested in another boy. Can Landry get her relationships with Ashanti and Vladi back or will she be left out and left behind?

Excerpt:
I wanted to call my friends and tell them about being on the talk show, but Mom said we had to be at the TV station super early — even before school started. She said I could text them, but I had to turn off my phone and go to bed.
“I’m waking you up at four a.m.,” she said. “You have to be there at five-thirty.”
“Can I just call Peyton and Ashanti? Please?”
“Fine, but you have five minutes and then that phone is mine and you’re in bed.”
I dialed Peyton, but her mom said she was in the shower. I told her mom about the show tomorrow and said my mom wouldn’t let me stay up any later to call Peyton back.
“How exciting! I will make sure Peyton knows, and I will be watching you tomorrow. Good luck, honey,” Mrs. Urich said.
I called Ashanti next and told her.
“Get out. Get. Out. No way. This is so exciting!”
“I’m so nervous. My stomach is already doing cartwheels. I can’t do one, but my stomach can. Seems unfair. What if I throw up before I go on? I did that right before I went on at the statewide Ingénue modeling competition in Detroit, and my mom had to give me a cough drop to cover up the smell.”
“I’m sure you’ll be fine, but… just in case, take a cough drop with you,” Ashanti said. “Good luck. You’ll be great and I’ll go set the DVR now.”
I hung up and sent a text to Vladi, India, Devon, Thalia, Tori, and Ericka, so no one would be mad and feel left out. Then I shut off my phone. Mom poked her head in the door to make sure I was in bed.
“Night, hon. Try to get some rest,” she said.
Easier said than done. I stared at my ceiling while thinking about all the things that could possibly go wrong tomorrow. Seeing as the show was on in the morning, I never got to watch it, so I had no idea what the set was like — did it have super high chairs and I’d struggle to get into them? And what if it had those higher stools that were kind of tippy and my rear overshot the seat and I fell off? Or what if the prep questions got lost and the interviewer asked me random things like my feelings on nuclear war or asked me about some foreign political leader who I had never heard of before, and I appeared stupid? Why did I say I’d do this? I tried to get comfortable and it felt like I had just dozed off when I felt my mom shaking my shoulder.
“Rise and shine, TV star,” she said.

Previous books in the series: 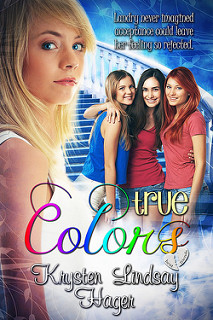 Landry Albright just wants to be one of the interesting girls at school who always have exciting things going on in their lives. She wants to stand out, but also wants to fit in, so she gives in when her two best friends, Ericka and Tori, push her into trying out for a teen reality show modeling competition with them. Landry goes in nervous, but impresses the judges enough to make it to the next round.

However, Ericka and Tori get cut and basically “unfriend” her on Monday at school. Landry tries to make new friends, but gets caught up between wanting to be herself and conforming to who her new friends want her to be. Along the way she learns that modeling is nowhere as glamorous as it seems, how to deal with frenemies, a new crush, and that true friends see you for who you really are and like you because of it.

You can find True Colors on Goodreads

You can watch the book trailer for True Colors on Youtube

What people are saying about True Colors (Landry’s True Colors Series Book One):
From Teenage Book Recommendations in the UK: “This is a fantastically relatable and real book which I feel captures all of the insecurities and troubles which haunt the modern teenage girl. It is about a young model who has to go through tough times when she is torn between a life as a model and managing her friendships. You learn which friends she can most trust and which will create the drama typical of teenage life. Follow the life of Landry and try to see if you can find out which are her true friends before their true colours are revealed. This book is all about relationships, hopes and truth. I loved this book!”

From Books & Authors Spot: “This book is such an inspiration for those who just care about their looks and are tensed about them. This thing is looks aren’t everything. This book is related to every teen’s problem. Hager has written a very inspiring novel.” 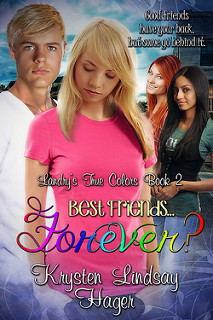 Blurb:
Good friends have your back, but some go behind it.

Landry Albright hopes the new year will start off in an amazing way—instead she has to deal with more frenemy issues, boy drama, and having most of her best friends make the cheerleading squad without her. Suddenly, it seems like all anyone can talk about is starting high school next year—something she finds terrifying.

Landry gets her first boyfriend (her crush, Vladi Yagudin), but the relationship starts to go south just as things come to a head with her friends. She feels lost and left out, but finds good advice about dealing with frenemies from what she considers an unlikely source. Landry faces having to speak up for what’s right, tell the truth (even when it hurts), and how to get past the fear of failure as she gets another shot at competing in the American Ingénue modeling competition. Will Landry get a second chance with her friends, fame, and Vladi?

You can find Best Friends… Forever? on Goodreads

You can watch the book trailer for Best Friends… Forever? on Youtube 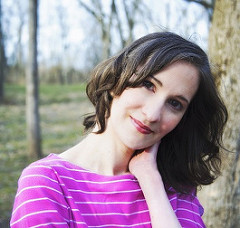 About the Author:
Krysten Lindsay Hager is the author of the Landry’s True Colors Series, a clean reads young adult series and the new Star Series. Krysten writes about friendship, self-esteem, fitting in, middle school and high school, frenemies, modeling, crushes, values, and self-image in True Colors, Best Friends…Forever? And Landry in Like, as well as in, Next Door to a Star (Star Series). Her sequel to Next Door to a Star will be out March 22 2016.

Krysten is a book addict who has never met a bookstore she didn’t like. She’s worked as a journalist and writes YA, MG, humor essays, and adult fiction. She is originally from Michigan and has lived in Portugal, South Dakota, and currently resides in southwestern Ohio where you can find her reading and writing when she’s not catching up on her favorite shows. She received her master’s degree from the University of Michigan-Flint.

There is a tour wide giveaway for the book blitz of Landry in Like. One winner will win a 5$ amazon gift card.

Enter the rafflecopter below for a chance to win:
a Rafflecopter giveaway

2 thoughts on “Blog Tour: Landry in Like by Krysten Lindsay Hager”