"Forgot to sleep until I'd finished - sooo worth i

I am a tour host for:

Today is the cover reveal for Amanda Lester and the Blue Peacocks’ Secret by Paula Berinstein. This cover reveal is organized by Lola’s Blog Tours. 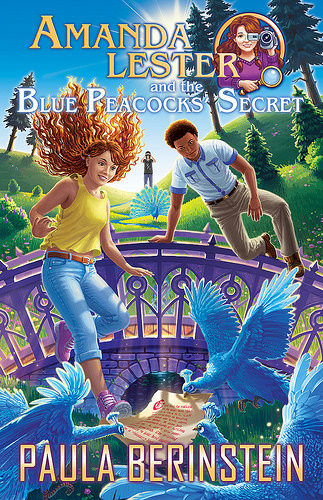 Blurb:
What does a dusty old secret have to do with peacocks?

Everything, as it turns out. When Amanda is knocked off her skateboard by a rare all-blue peacock, she learns that the species harbors a vital secret she must race to uncover. But before she can unravel the mystery, a startling archaeological discovery turns all of Britain against the detectives and threatens their very existence.

As old enemies gather strength and new adversaries emerge, Amanda finds herself dealing with hysterical teachers, a disappearing mentor, a mysterious poisoner, and a would-be magician. With so much at stake and so little time, the last thing she needs is to fall in love.

You can pre-order Amanda Lester and the Blue Peacocks’ Secret here:
– Amazon 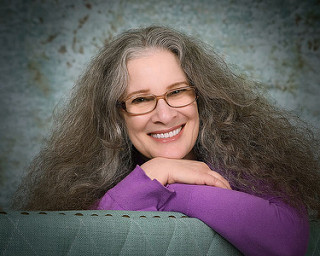 About the Author:
Paula Berinstein is nothing like Amanda. For one thing, she’s crazy about Sherlock Holmes. For another, she’s never wanted to be a filmmaker. In addition, compared to Amanda she’s a big chicken! And she wouldn’t mind going to a secret school at all. In fact, she’s hoping that some day she’ll get to build one.

There is a cover reveal wide giveaway for the cover reveal of Amanda Lester and the Blue Peacocks’ Secret. You can win a 50$ amazon gift card. Open international.